44 Polish cities, in cooperation with the Ministry of the Environment, participate in the project aimed at adapting them to the observed and prognosed climate changes.

The development of plans to adapt to climate changes in cities with over 100 thousand inhabitants is an innovative project of the Ministry of the Environment, the major objective of it is assessment of the sensitivity to climate changes of 44 largest Polish cities and planning adaptation activities appropriate for the identified threats.

Because of its range, this is the only initiative in Europe in which the Ministry of the Environment supports the authorities and local administration, coordinating the activities adapting to the climate change effects in several dozen cities at the same time.

Preparing urban adaptation plans in 44 cities participating in the project as well as in Warsaw (within the Adaptcity project) shall contribute to protecting about 30% of the Polish citizens against the climate change effects. The project implementation will initiate similar activities on the local level in smaller towns and communes.
Urban plans to adapt to climate changes (Miejskie plany adaptacji do zmian klimatu, MPA) shall be developed in cooperation between the authorities, inhabitants and experts. MPA considers the local conditions and problems of the cities, differing in terms of nature and structure, as well as of threats and difficulties they have to cope with.

Adapting to climate changes is a new thread in the development policy of states and cities which cannot be neglected due to the problem impact. MPA implementation shall improve the safety of city dwellers and increase protection against harmful climate change effects. What is more, MPAs shall consider long-term planning and diverse needs of stakeholders and local communities. The project implements the outcomes of the strategic adaptation plan for sectors and areas sensitive to climate changes in Poland (SPA 2020*). One of the intentions of the Ministry of the Environment in this project is to educate and improve awareness on the local level, both among officials and urban communities.

Cities are particularly sensitive areas where the most urgent, topical challenges are concentrated, from the shortage of water and poor air quality to economic disturbances and social instability. At present, it is estimated that the number of Polish city dwellers is about 23.3 million, i.e. over 60% of the population. This means the problem impact is immense. The project is the first step to adapt urban areas to climate changes, a role-model for other areas and a point of reference for further works in the field of adaptation in Poland.

How can MPAs influence the life of inhabitants?

MPA implementation will change the everyday life of city dwellers. The modernised flood-protection system, effective water management procedures or the development of the information and alarm systems in case of hazard will make the inhabitants feel safer. Aesthetic changes in the urban infrastructure and vegetated areas, reduced thermal hazard, improved living and investment conditions thanks to the urban space development plans shall improve the comfort of living in the cities and reduce the risk resulting from the climate change effects.

Every city copes with the climate hazards specific to its structure and conditions. Poland is highly diversified in this respect. The extreme weather phenomena found in Poland include e.g. high temperatures (with regular increase in the mean annual temperature; the difference recorded from 1951 to 2010 was 1.2° C) or heavy rainfall (annual rainfall increased by 10–15%). Floods, inundations or droughts are the immediate hazards for the inhabitants’ safety, their housing situation and urban infrastructure. Climate changes bring about also the problem of water deficiency and the development of invasive species threatening human health. The increase in morbidity is related also e.g. to heat waves. According to the studies carried out in Poland, the mortality increase by about 18% caused by cardiovascular diseases results from extremely high temperatures. 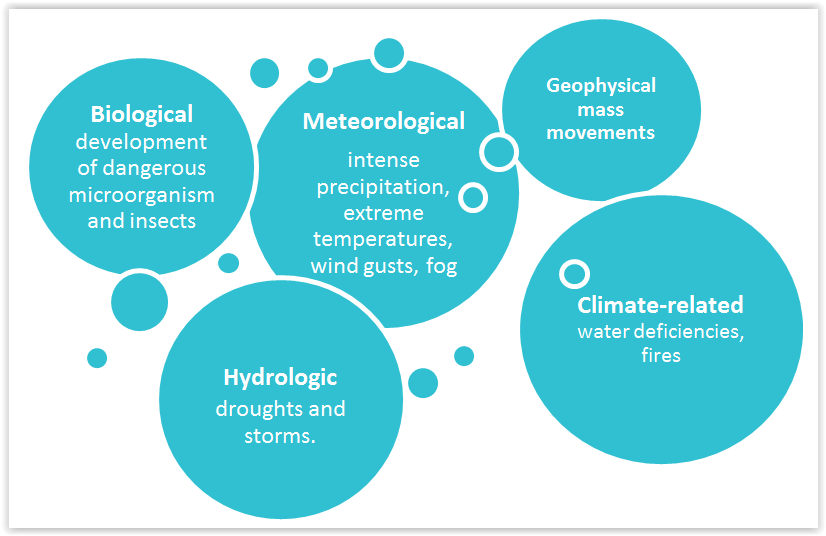 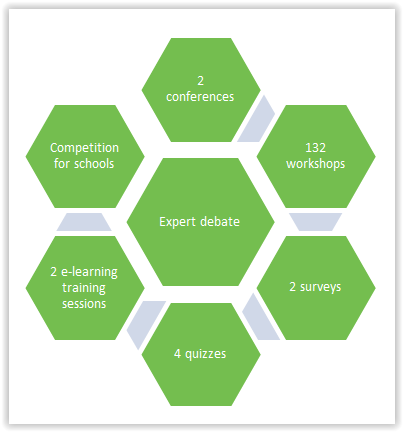 Urban adaptation plans will be the outcome of two-year cooperation between urban and expert teams as well as groups of stakeholders.

The works on the plans will be carried out in line with the methodology developed by the consortium. The rhythm of works will be conditional on the rules of close cooperation between the urban and expert teams. An important component is also the participation of stakeholders and MPA beneficiaries at the same time who will be invited to participate in debates e.g. during workshops and public consultations. City dwellers are more and more active and aware of the changes and thanks to inclusion in the MPA development process they will obtain further knowledge and experience they will be able to use in their immediate activity.

The project coordinator is the Ministry of the Environment.

Do you have an idea for action? Do you know what could improve your city's resilience?

Check out the entire calendar